Since the 1990s, the coastal cactus wren (Campylorhynchus brunneicapillus) population has declined throughout its range due to habitat loss from urbanization, habitat degradation, and wild fires (Lynn and Kus 2021), and in 2008, it was designated a California Species of Special Concern by the Department of Fish and Wildlife (Shuford and Gardali 2008). 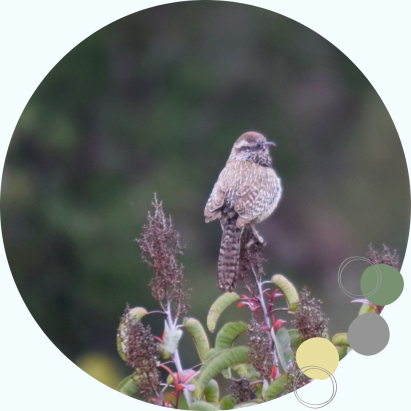 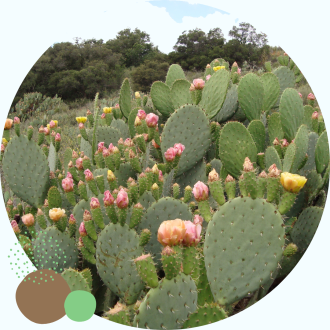 How can EDI help?

In November 2021, Earth Discovery Institute was awarded grant funding from the Wildlife Conservation Board to restore 15 acres of cactus scrub habitat, to support coastal cactus wren, on the El Monte Preserve in Lakeside, California.

The Wildlife Conservation Board is a division of the California Department of Fish and Wildlife, and its the three main functions are land acquisition, habitat restoration, and development of wildlife oriented public access facilities.

Cactus scrub is a form of coastal sage scrub, the second most abundant plant community in San Diego County.  At the El Monte Preserve, EDI, its partners, and volunteers are replacing nonnative weeds that support low biodiversity, with native scrub plants that support high biodiversity, and provide habitat for the coastal cactus wren as well as the federal threatened California gnatcatcher (Polioptila californica californica), numerous other bird species, and a whole suite of other native species, including lizards, bees, butterflies, and bats. 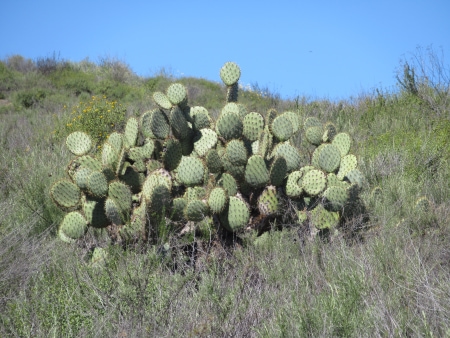 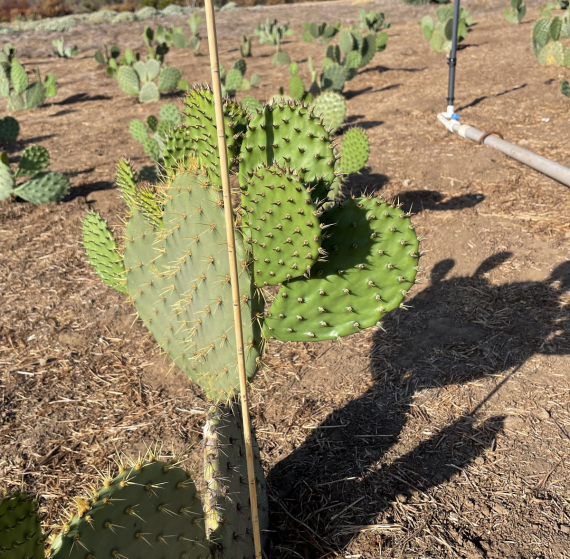 After: a couple months after volunteers planted cactus pads!

How can YOU help?

This project would not be successful without volunteers. To date, over 70 volunteers have donated approximately 550 hours to help plant 2,000 cactus pads, pull weeds, collect trash, and remove old irrigation pipes. In the fall, we will be asking for volunteer help to plant 1,500 container plants important to cactus wren. We will also need help pulling weeds.

Please sign up to volunteer by visiting our Volunteer Page, and check back in September if you or anyone you know may be interested in helping make a BIG impact!

For inquiries regarding this project or our conservation efforts, contact our Conservation Director, Christine Beck: Christine@earthdiscovery.org 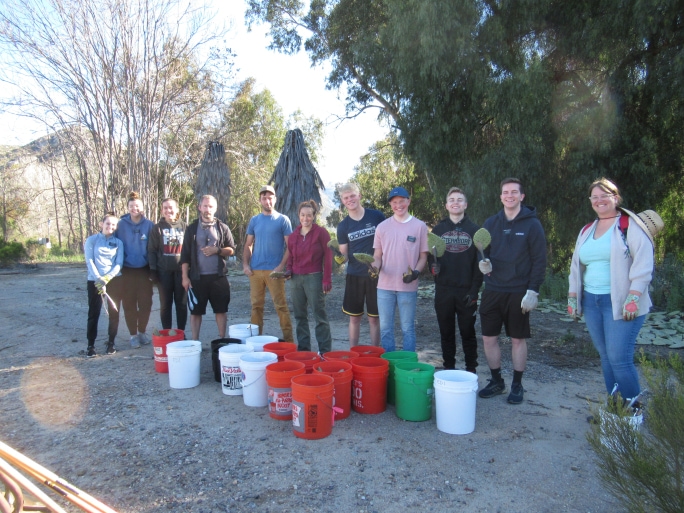 What is the El Monte Preserve?

The El Monte Preserve was purchased in 2016 by the Endangered Habitats Conservancy, a local nonprofit land trust, whose mission is to acquire, manage, monitor, and maintain land in Southern California for habitat protection and restoration, agricultural preservation, and other conservation purposes. Incorporated in 2005, EHC currently manages approximately 10,000 acres of conserved open space lands. These 10,000 acres, which includes the El Monte Preserve, are part of the overall 98,000-acre Preserve being assembled through implementation of the Multiple Species Conservation Program.

The Multiple Species Conservation Program (MSCP) is a regional habitat conservation planning effort designed to protect suites of plant and animal species through a system of preserves in San Diego County. The MSCP Plan's goal is for local governments to acquire and protect large blocks of land that provide connectivity and critical habitat for rare and endangered native plant and animal species. This innovative approach to conservation, whereby suites of species are protected instead of a single species, supports fully functional and intact ecosystems that will be more resilient to climate change and major disturbances, such as fire.

The MSCP is implemented through local government subarea plans such as the County of San Diego Subarea Plan, adopted in 1997. The County Subarea Plan will protect over 98,000 acres of habitat, when fully implemented.  As of 2020, almost 80,000 (81%) acres, which includes the El Monte Preserve, had been conserved. Click Here to read more about the County’s plan!

Recon Environmental Inc. is a local biological consulting firm founded in 1972 that specializes in habitat restoration throughout San Diego County. Recon is the subcontractor for the project and is responsible for site preparation, cactus salvage, and general restoration expertise.

EDI Species of the Week